Nigerian singer, Brymo has stirred controversy on social media after referring to himself as the ‘most innovative artiste’ in Nigeria.

The Ara singer took to Twitter to brag about being the most innovative artiste in Nigeria. According to him, he’s been the ‘artiste of the year’ since 2013, obviously out-doing some of his colleagues who are not yet to be nominated for the title.

With his post, he completely disregarded the achievements of his colleagues; Wizkid, Davido, and Burna Boy who won ‘Artistes of the year’ at a point in their Careers.

As expected, his tweet didn’t go unnoticed by Twitter users who wasted no time in ripping him to shreds. They warned him not to provoke them with nonsensical tweets. Some tagged him as an upcoming ‘Blackface’ whose aim in the industry is to stir controversies and watch others fight his battles for him. Others were kinder with their words, they commented that Brymo is underrated and unappreciated in Nigeria.

Read some of their comments below, 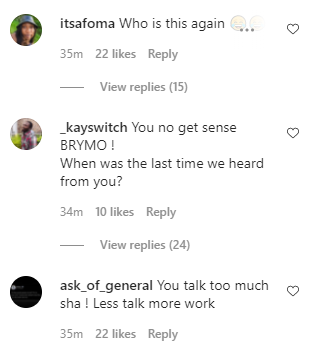 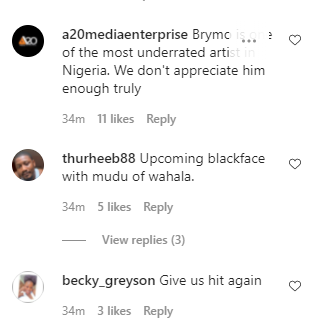 Brymo Announces The Name Of His Next...