Nigerian artistes are sharing more details about Simi’s forthcoming album than Simi herself.

Buju took to his Twitter account on Friday to reveal that Simi featured him on her upcoming album and they made magic.

“Recorded something for Simi yesterday and it’s all I’ve been Listening to since”, he wrote. 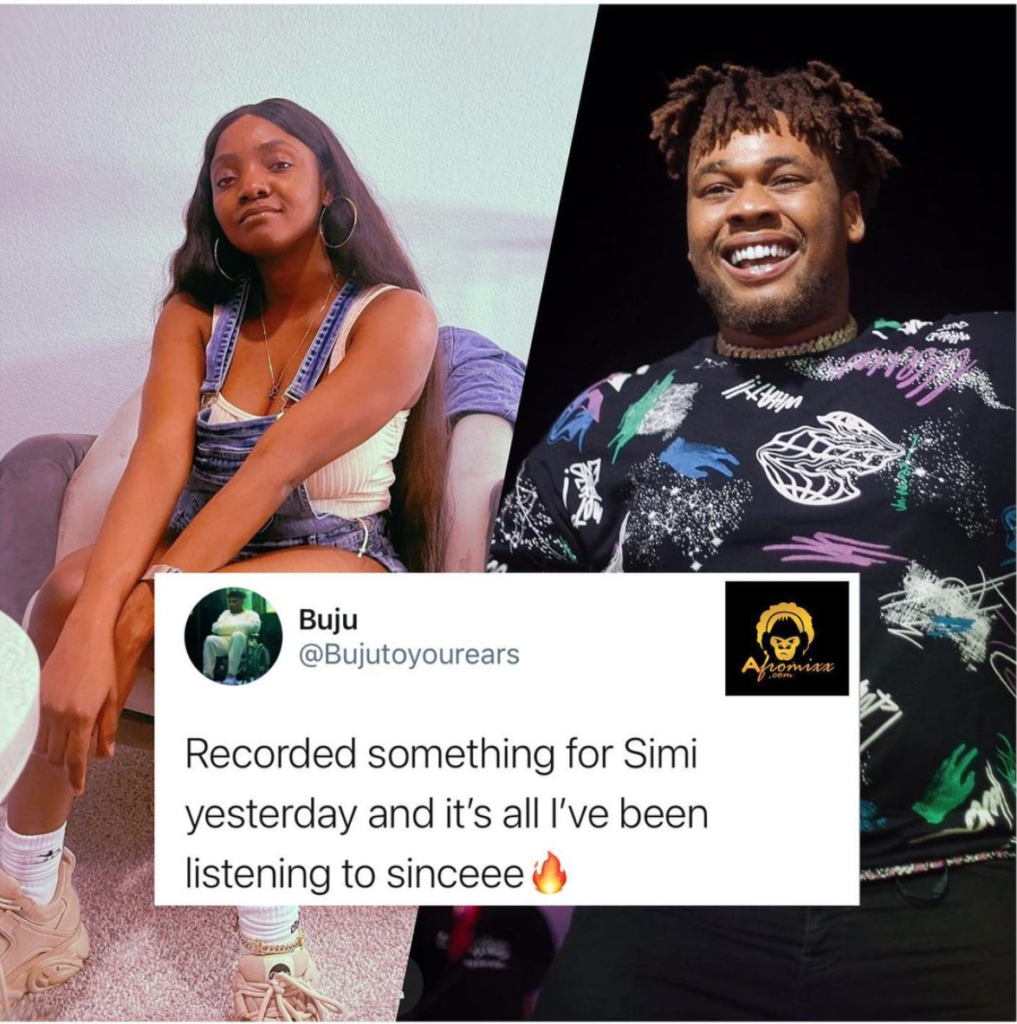 Buju is the second artist to confirm that Simi’s album is going to be a bomb. The first is Adekunle Gold, Simi’s husband who kindly informed us that Simi is going to choke us with ‘Gbedu Upon Gbedu’.

As of right now, Simi’s new album doesn’t have a release date yet, but we are certain we will be listening to it this year.