In this Wednesday, Aug. 14, 2019 photo, recording artist Burna Boy poses for a portrait in New York. (Photo by Andy Kropa/Invision/AP)

In a post sighted on Burna’s story, he pleaded with God to save Will Smith. His prayers is coming hours after Will Smith opened up in an interview that he thought about committing suicide because of his marriage (New York Post). 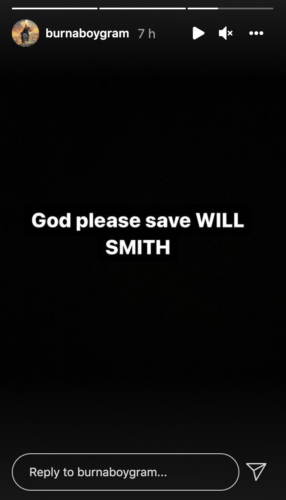 This revelation is a follow up to what Jada Smith said in the latest episode of Red Table Talk. She shared the difficulties about being comfortable enough to open up to her husband about her sexual needs, saying she wants him to already know the expectations. Some fans took her comments about intimacy issues as a subliminal jab at her marriage with Will Smith after her affair with August Alsina.

Social media users who thought they could help Will Smith advised him to hangout with Future, to give him pointers about pleasing women.

Reacting to their advice, Future posted that he rather hangout with Jada and not Will Smith #Respectfully 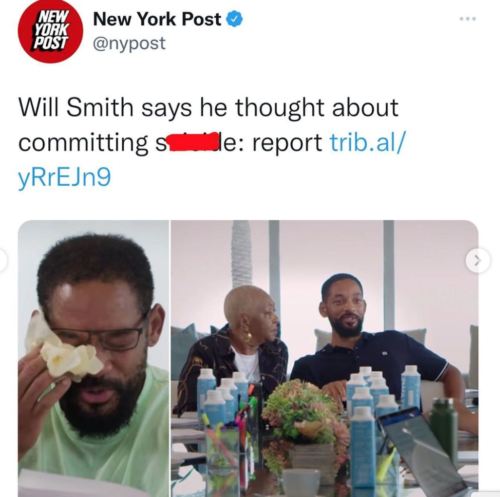 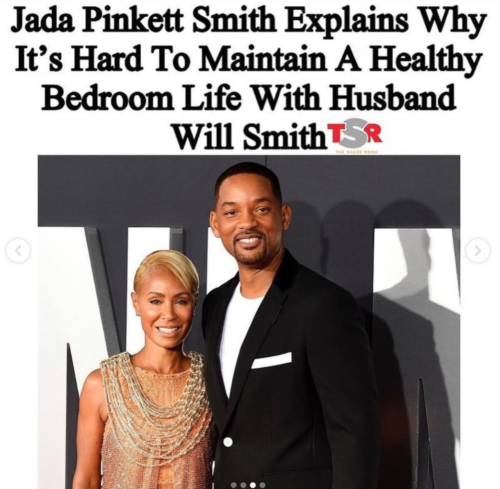 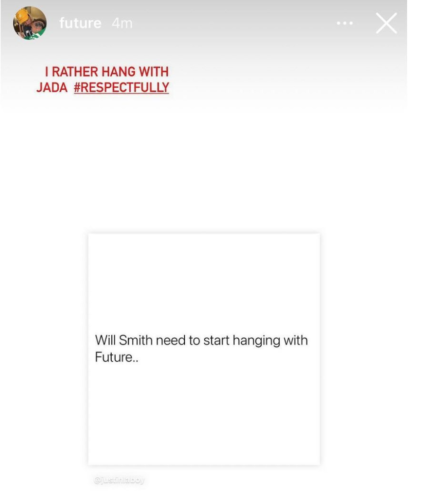