You will recall that on the 11th of September, Ckay’s ‘Love Nwantiti‘ became the No. 1 song on Shazam’s global charts. The chart tracks the most-searched songs in the world and ranks them on a chart. 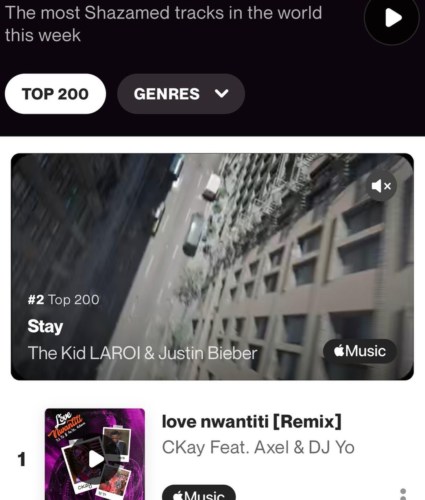 The song sits above global smash hits from major superstars like ‘Stay‘ by Kid Laroiand Justin Bieber, which is currently the No. 1 song on the Billboard Hot 100. It also sits above global anthems from Lil Nas X, Ed Sheeran, Elton John, Dua Lipa, J Balvin, The Weeknd, and more.

‘Love Nwantiti’ has become the 2nd Nigerian song to chart on the Billboard Hot 100 in 2021 after Wizkid’s ‘Essence.’ 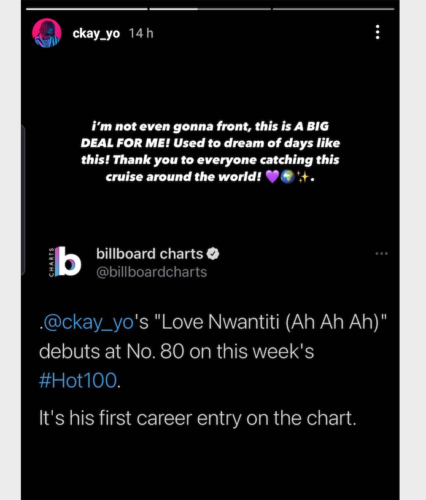 “Love Nwantiti” also made an entry into this week’s Billboard Global 200 at No. 8, Congratulations Ckay… See post below;