Ah Ah Ah! CKay is finally having the time of his life while the rest of the world streams along.

If there’s one thing anyone in Afrobeats would defo agree on, it’s that between 2019 & Now, CKay has dropped the most daring & experimental projects; from 2019’s ‘CKay The First’ which was described by Apple Music as “fiery, futuristic Afro-pop” to his 2021 ‘Boyfriend’ project, an Emo-influenced Afro-fusion project that gives you the idea that this guy’s Sonic Vibration & Production skills might get him labeled as Afrobeats’ Kanye, not surprisingly he’s been called that a few times.

In a dramatic turn of events, CKay has been popping up on Billboard’s Global 200 chart, peaking at a mind-blowing No. 8, with an entry of No. 30 for one of his old songs, ‘Love Nwantiti’, the first version of the single was released in 2019. This is even more daring because it is the dreaded year of Made In Lagos that will be talked about in the world’s music history for generations to come.
A time when so many other Afrobeats greats are forced to put albums on hold for the advent of the King, he’s got something from 2019 tearing up the charts like its nobody’s business.

CKay makes music that appeals to a much wider audience, and its new, it’s an upgrade, it’s sensational and it’s generational.

His 2019 number “Love Nwantiti” is one of the most experimental songs ever made in Afrobeat and why’s that? He made Afrobeats music that we all danced to, enjoyed and got addicted to without going through the conventional means.

At the time it dropped, we all enjoyed it immensely, even though most had no idea who CKay was.

It garnered serious streaming cheese on the charts at a time when more people paid attention to performance and club bangers while measuring stardom making him very deserving of being label mates with fellow Chocolate city genius Blaqbonez who at the time was enjoying a bit of commercial success.

What’s different is CKay is now signed to Warner Music South Africa. And his music has been opened up to a more liberal, more receptive audience. Fans from all over South, East, North, West Africa, Europe & Asia are warming up to this Nigerian genius. His songs are melodious. His personality is non-conforming. Branding is top notch & His Love Songs Cut Through The Bone. There are German, French, Spanish and Italian remixes and versions of the song and Ckay is well on his way to becoming a global star. 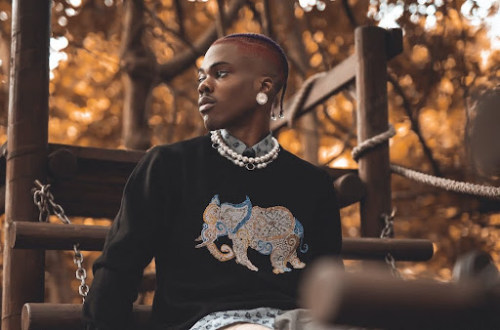 According to “Billboard‘s two global charts (the latest of which are dated Oct. 2) began in September 2020 and rank songs based on streaming and sales activity culled from more than 200 territories around the world, as compiled by MRC Data. The Billboard Global 200 is inclusive of worldwide data and the Billboard Global Excl. U.S. chart comprises data from territories excluding the U.S. Chart ranks are based on a weighted formula incorporating official-only streams on both subscription and ad-supported tiers of audio and video music services, as well as download sales, the latter of which reflect purchases from full-service digital music retailers from around the world, with sales from direct-to-consumer (D2C) sites excluded from the charts’ calculations.” 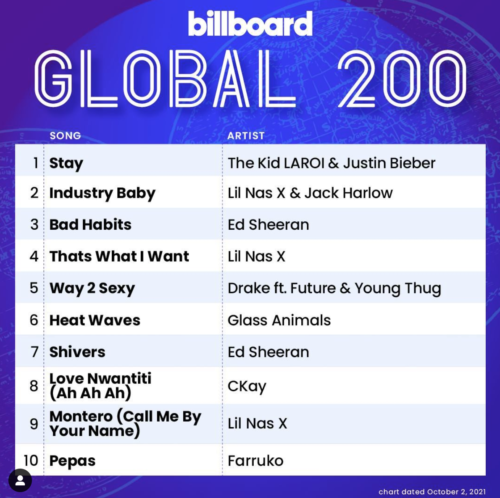 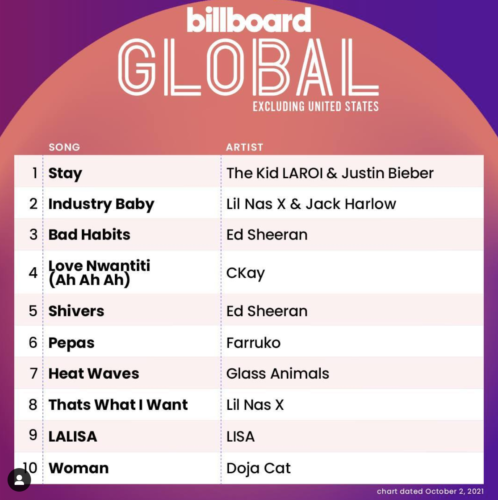 Another strong influence that cannot be understated is the strength of Ckay’s love numbers on TikTok. They’re increasingly driving him to the frontspace of an Afrobeats March which is no longer determined by Popular Acceptance alone, but also concrete value and global appeal.

His 2021 ‘Boyfriend’ Project houses a scintillating blend of ‘emo-alte-afrofusion’ love tracks spurred by real time conversations with a lady that catches his fancy. The guitar works are out of this world and present till the last synth, and the entire project was pure good music made out of a place of love and sincerity. When good music like this gets the recognition and credit it deserves, the chance to build a legacy off something you created will never go out of style.
The Boyfriend project is particularly special to me because it did help me get through working from home during the COVID-19 lockdown, and Jeje De Whine, is an ultimate classic.