Nigerian Music Megastar, Davido has added another impressive achievement to his portfolio.

The 28-year-old artist is officially the most followed African artist on the American photo and video social networking site, Instagram with 20 Million followers. 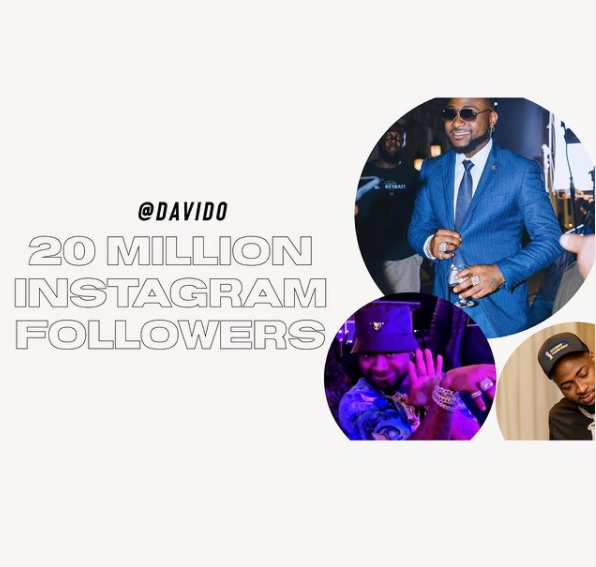 He also restricted the airflow of haters by becoming the second most followed African after Mohamed Salah, a footballer with 42 million followers.

Davido took to Instagram to share the good news with the DMW fans and followers. He reposted a picture of the 20M followers count for fans to see and celebrate with him.