On the 21st of October, Manchester United shared a photo of Davido with his customized jersey at the Old Trafford Stadium in Manchester, on their official Instagram page.

The Jersey should obviously attract attention because of the number at back – “7”. The Jersey number belongs to the world’s famous Cristiano Rolando Aka CR7.

However, what caught more attention was the fact that Davido, whose known to be a Chelsea fan was in the Man U camp last night to watch Manchester United Champions League match against Atalanta. And Manchester United shared his photo with the caption; ‘A night to remember!‘ after the Club came from 2 goals down to win last night’s game- ‘3-2’.

As soon as the photo surfaced online, Netizens waste no time commenting that Davido has decamped and he is now Team Man U. Others are of the thought that Davido might have paid for it because Burna Boy, A Man Utd fan who also got a Customized 23 Jersey, didn’t get on Man Utd official page. 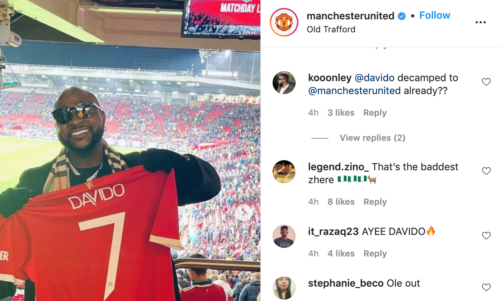 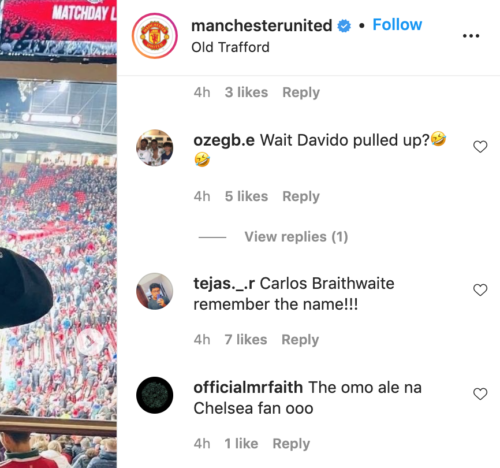 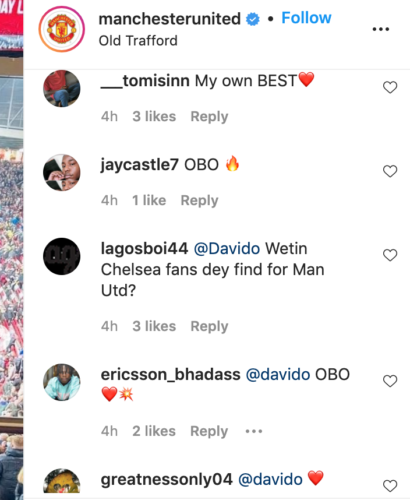 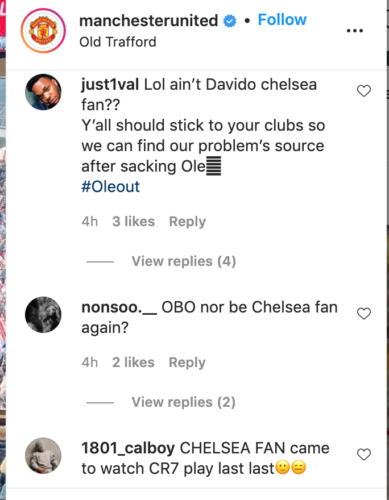 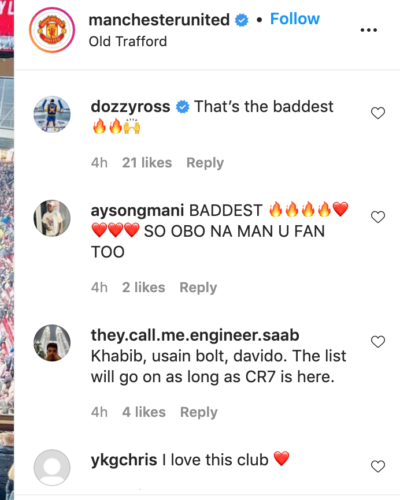 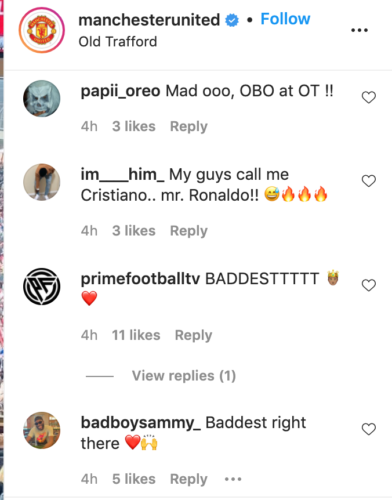 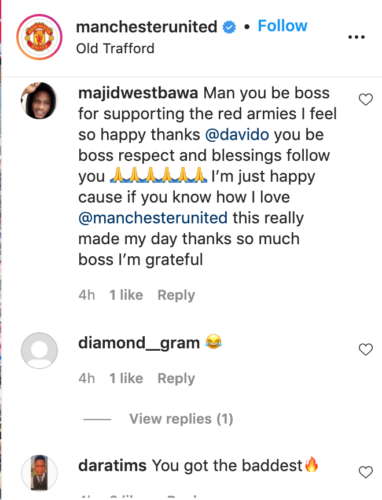 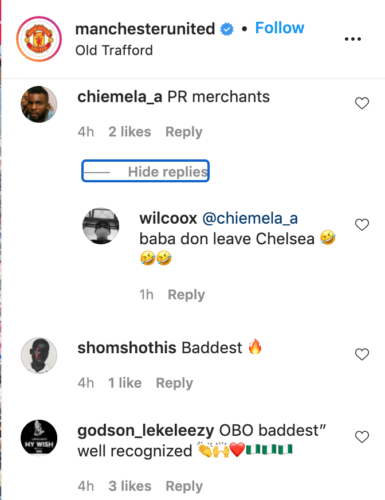