Nigerian singer, Davido is being praised on social media for refusing to perform at the Lagos State “Celebration of Independence” concert.

Recall that The Lagos State Government, through the Ministry of Tourism, Arts and Culture announced a special live and virtual festival to commemorate Nigeria’s independence. According to their press release, the festival will be headlined by music superstars Davido, Tiwa Savage, Teni and D’Banj; veteran acts Dede, Kwam 1 and Shina Peters; and teenage sensation Ayra Starr.

However, Davido didn’t show up for the event and instead of his fans dragging him on social media, they are happy he disappointed Lagos State.

They left comments praising Davido for refusing to perform after what happened at the #EndSars protest. They thanked him for refusing to be used as an instrument to distract the youths from remembering real heroes. Others- Wizkid FC – dragged him a little for not making the announcement on time.

Read their comments below; 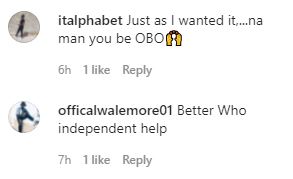 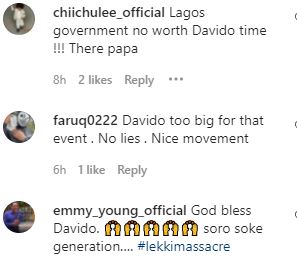 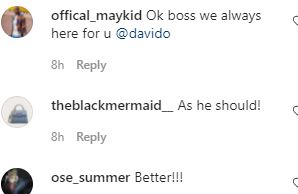 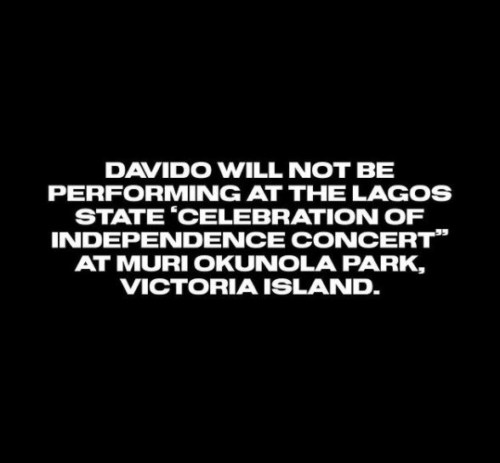