Another One! Twitter co-founder and CEO Jack Dorsey has created another Emoji for Nigerian-International singer, Davido on the world most conversional social media App – Twitter.

The new Emoji to Davido’s name is in celebration of David’s 10 years Anniversary as a recording and performing artiste. Davido came to the music industry in 2011 with his debut single ‘Back When’ and Mega hit song – ‘Dami Duro’. Ever since then it has been banger upon Bangers, Hit on Hits. He also an handful number of hit songs and features to his name & in the total of 10 years released 3 studio album (Genesis; OmoBabalowo, A Good Time & A Better Time)..

Every year May 7 fans celebrate Davido specially, the date is regarded as Davido Day. Today been 7th of May, 2021 marks his 10 years on Stage, As a Decade Artiste and fans all over the world can’t contain their joy. To celebrate one of the most influential Artiste in Africa and Hottest In Nigeria, Jack created a Davido Emoji to the #DavidoAt10 on Twitter. 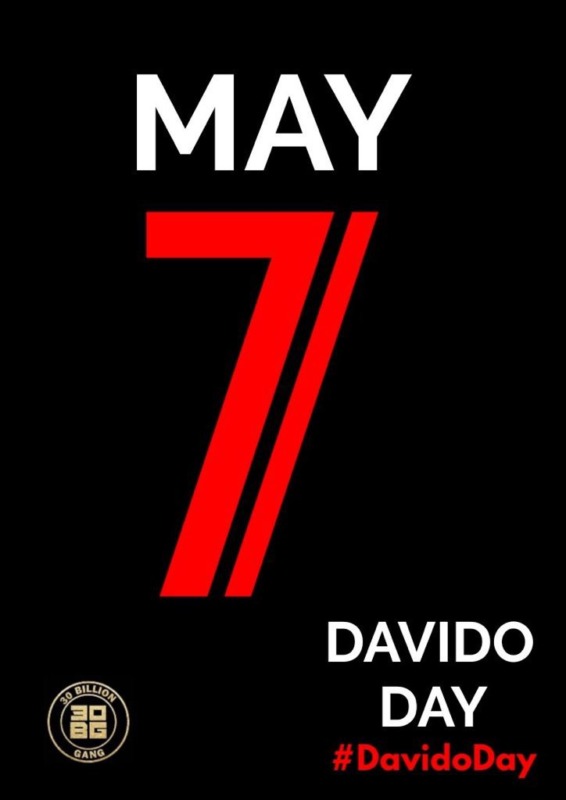 Recall we reported that the famous Davido’s Slang – E Choke! now has an emoji on Twitter yesterday. Twitter users went into a frenzy when they discovered the E choke slang now had a visual representation. The Emoji which is a cartoon-like picture of Davido shows O.B.O with his hands around his neck, obviously trying to restrict his airflow #Echoke.

Now twitter got extra excited when another Emoji to the name Davido popped up on twitter. See below!!! 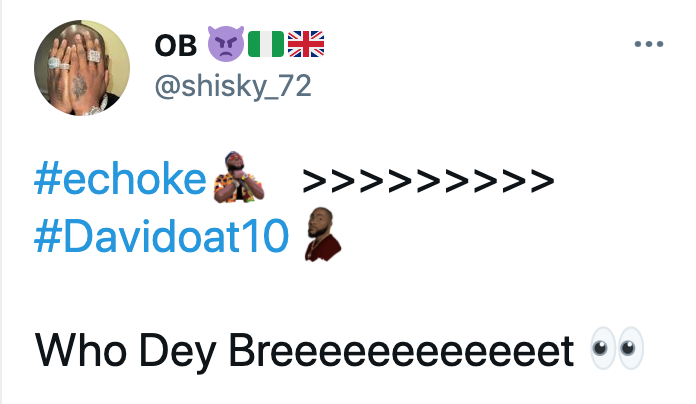 This Is A Big One For Davido as Home and Abroad Celebrates His Artistry on social media. We Congratulate & Celebrate The Nigerian, African & World Baddest!