Following Quavo and Saweetie’s drama, Davido’s brother, Adewale Adeleke has voiced out how he feels about people taking their gifts back.

He made this clear via a post on Instagram where he said people who take back their gifts are lame. 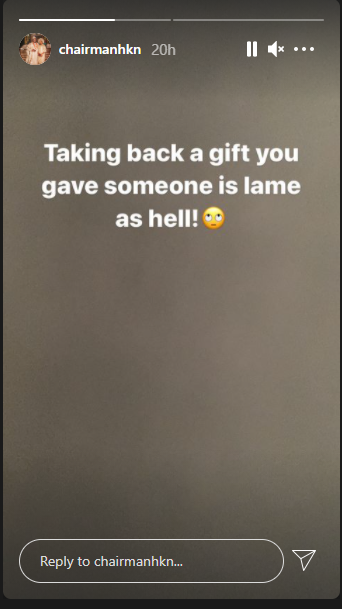 This is following the rumour that Quavo collected the $350,000 Bently he gifted Saweetie for Christsmas after their public breakup. According to an unknown source, Quavo leased the Bently in his name and due to his deal with the car dealership, he ended the lease early. Though the now exes have not reacted to this information, Fans are aggressively Dragging  Quavo for being Petty and cheap.