Don Jazzy has empowered 100 youths with #1.5 million to learn how to code after a Twitter user reached out to him.

The user who has been identified as Chizom politely asked Don Jazzy if he would like to sponsor 100 youths at their Code Hub Africa Tech. He tweeted that the fee is #15,000 per person.

Don Jazzy who is well known for supporting hardworking youths asked him to send his account number and credited him with a whopping #1.5 million. 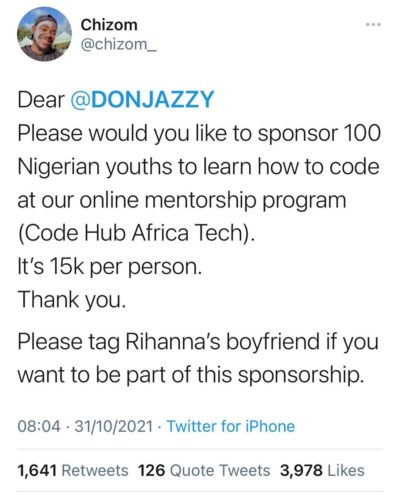 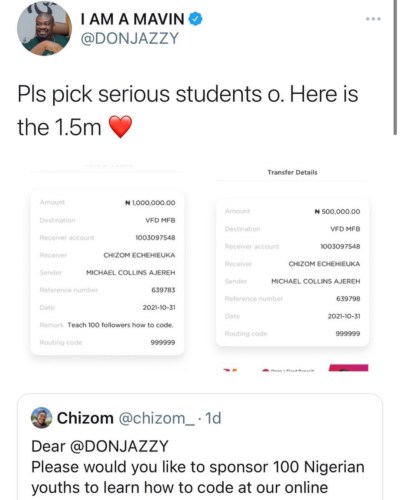 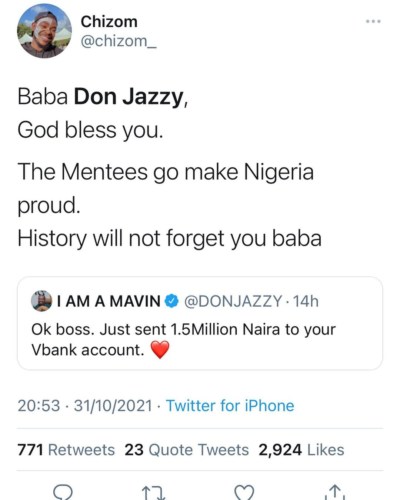 Dbanj Reacts After A Fan Recounted What...