Nigerian music producer, Don Jazzy  has received backlash from fans after a video of Ayra Starr spotting a bra while performing on stage surfaced online.

Yesterday, Ayra Starr was invited to Uniben to perform her hit song, Bloody Samaritan at  beauty pageant show. She did an amazing job and even made a fan almost lose his eyesight after she threw her jacket into the crowd.

Don Jazzy shared the video of her performance on his Instagram page.  The video was taken after Ayra Starr threw her jacket into the crowd because she was caught on camera with just a bra.

After he posted the video online, comments about Ayra Starr exposing her body were pouring in. Some commented that Don Jazzy isn’t doing a good job and he should be more authoritative by discouraging her from exposing her body.

Others were more concerned about Ayra being harassed. They warned her to be careful of Benin boys and shared scenarios where the clasp of her bra opens or someone forcefully drags her bra on stage.

Read their comments below, 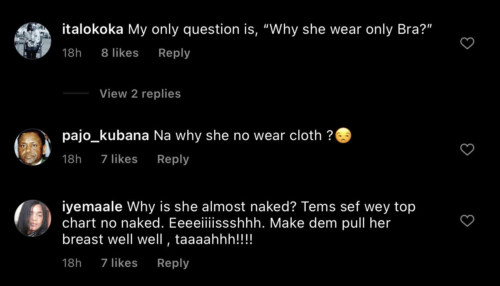 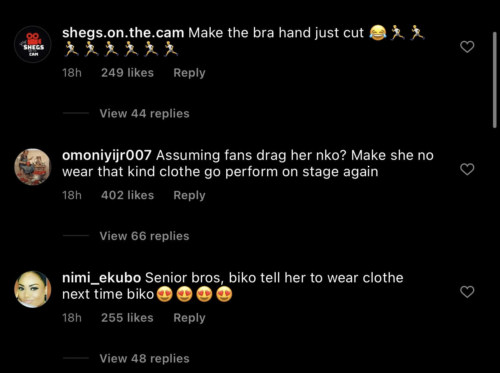 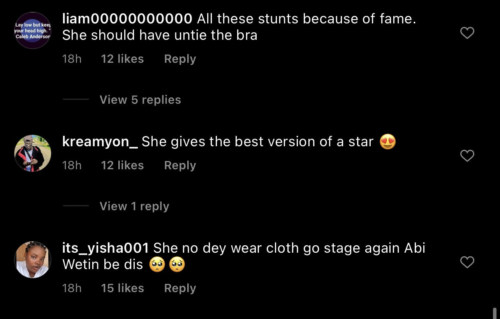