Manchester United must try to keep hold of Edinson Cavani for another season, because of what he can teach their younger players as well as what he gives them on the pitch.

We saw more evidence of both in the second half of Sunday’s 3-1 win over Aston Villa – watching Cavani and United’s teenage striker Mason Greenwood, it was like the master and his apprentice.

At 34, Cavani is an expert centre-forward, and he showed his class again when he came off the bench at Villa Park by ghosting into the area and then superbly putting away his header.

On top of his goals, Cavani can have a great influence on Greenwood because of that kind of movement. It makes it so difficult to pick him up in the box, and the way he times his runs means he arrives in the right place at exactly the right moment.

Once you are there, you still need the ability to put the ball in the net of course. Down the years there have not been many better than Cavani at doing that, and he still has that killer instinct now.

While the Uruguay striker is nearing the end of his career, Greenwood is only 19 and at the beginning of his.

It already looks like he is going to be at United for a long time to come, and it would be brilliant for his development to have Cavani around to learn from as his team-mate for another season.

Greenwood will be a goalscorer, wherever he plays

Every summer, United get linked with signing all sorts of top strikers and I am sure it will be the same this year, whether Cavani signs a new contract or not.

But in Greenwood they already have a forward who has the potential to go right to the very top of the game and be up there with the very best goalscorers, I have no doubt about that.

Greenwood is not just going to be a top-quality player, he already is one. I have said it plenty of times before, but his finishing with either foot is just magnificent.

He has such a short back-lift when he shoots, it doesn’t give defenders or the goalkeeper time to set themselves properly.

That’s what got him his goal against Villa. Yes, it’s poor defending from Tyrone Mings, and Emiliano Martinez should have done better at keeping it out, but the reason it is hard to deal with is because he gets his shot away so quickly.

Greenwood has been used out wide a lot this season and there has been talk about whether his future could lie as an out-and-out centre-forward for United.

But the game is changing, and I am not sure that his exact position matters too much anymore.

You look at two of the greatest goalscorers ever – Lionel Messi and Cristiano Ronaldo – and you would not call either of them centre-forwards. It is the same with what Mohamed Salah and Sadio Mane do at Liverpool too – they don’t play down the middle either.

I am not directly comparing Greenwood to any of them, but it shows you don’t have to be a centre-forward to be prolific in modern-day football.

As he gets older, Greenwood will develop and he will get better but, whenever he operates, what you won’t take away from him is his ability to score goals. There are plenty more of those to come.

United have character to go with their quality 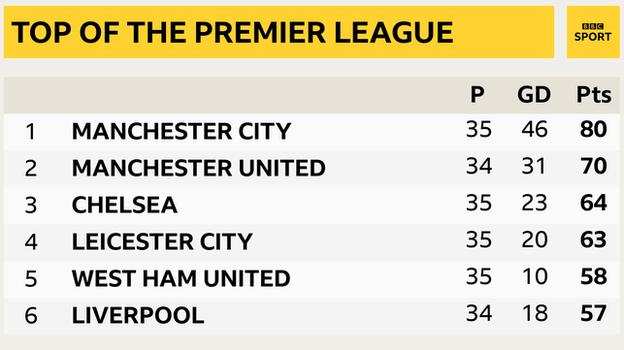 In many ways it was a trademark win for United on Sunday – yet again they came from behind to take the three points, for the 10th time in the league this season.

It was stupid of Villa to give away the penalty which led to United’s equaliser but, once they got it, it felt like only one team was going to win the game – and it was Ole Gunnar Solskjaer’s side.

You could argue that they should not put themselves in that situation where they fall a goal behind in the first place, but I think Ole made a good point about it afterwards.

He said it was understandable that United can be slow to get going because of the number of times they have played on a Thursday evening in the Europa League.

I agree, it is difficult when you are getting home at five in the morning and then having to go again 24 or 36 hours later, especially to hit the road for an away game.

Whatever the cause, though, what’s important is the way United have responded when they have had setbacks in games.

You have to have something about you as a team to recover from going behind so often, and United have certainly shown plenty of character this season to go with the quality in their squad.

By beating Villa they made sure of a top-four finish and Champions League football next season and I think if they go on to finish second and win the Europa League it will go down as a really successful campaign for them.

It’s easy to say that they should be closer to Manchester City at the top of the table, but you have to recognise that City went on an amazing run from the turn of the year where they were just blowing everyone away. They were relentless and it would have been difficult for anyone to stay with them.

Next season could be different. United have a lot of things already in place for a sustained title bid, but they are not the only ones. Chelsea will improve again and Liverpool will be stronger for various reasons – all three of them will believe they can challenge City.