Music executive, Samklef has called out his Colleagues amidst the #endsarmemorial.

The controversial producer took to Twitter to lash out at them for attending the ‘Eko on Show’ and going on Instagram to post about the endsars memorial yesterday.

This show is the same one Davido refused to perform at when he discovered that it was organized by Lagos State.

Samklef warned these celebrities to stop using the End Sars for their promotional gain. He asked how many of them visited the families that lost someone during the protest last year.

He also advised them to change their mindsets by not worshiping politicians so Nigeria can be a better country. 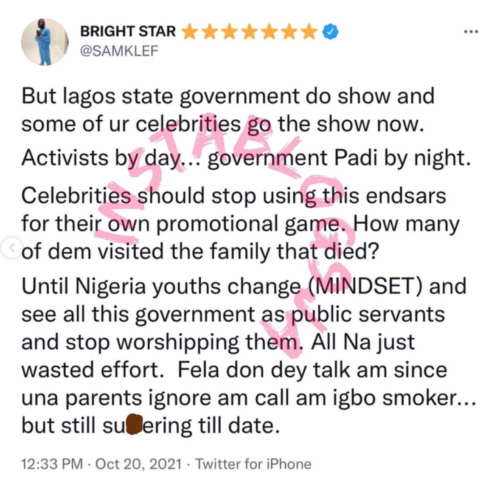