An unidentified lady has gone out of her way to prove to Omah Lay that she is his biggest fan by tattooing his name under her right boob.

Stanley Omah Didia, widely known as Omah Lay is fast becoming the ladies’ favorite. From crashing thousands of hearts after showing off getting his name girlfriend, to his name getting tattooed on his female fans.

The photo of the said lady has been making the rounds on social media, alongside an open letter to the fast-rising act.

In her remark, she pointed out that the tattoo is a form of appreciation of how his music healed her when she was at the peak of depression.

She also declared herself his biggest fan ever. 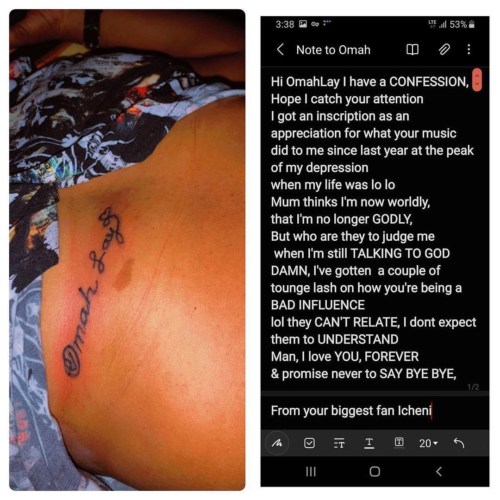