Nigerian singer, Tems has performed for the first time in New York City on the 2nd phase of her American tour which started last weekend.

Tems performed at the popular SOBS center in New York last night, recording her 2nd stop on her American tour. She will 4 more venues before rounding up in October. The beautiful singer wowed her fans on stage with her ever effortless performance of her hit sings, while they sang along. 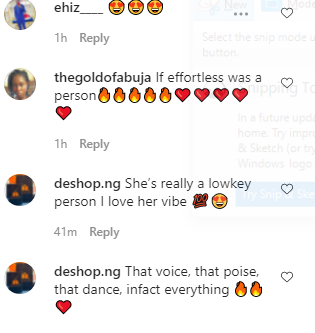 Temilade Openiyi, who is widely known as Tems is evidence of steady global growth, following her input in Wizkid’s global mega-hit, Essence.

Also, she featured on Drake’s latest album, Certified Lover Boy and this has further put her on the global map.
Post Views: 49
Spread the love
0
SHARES
ShareShare
Tags: Tems

Tems Reveals The Most Underrated Word &...