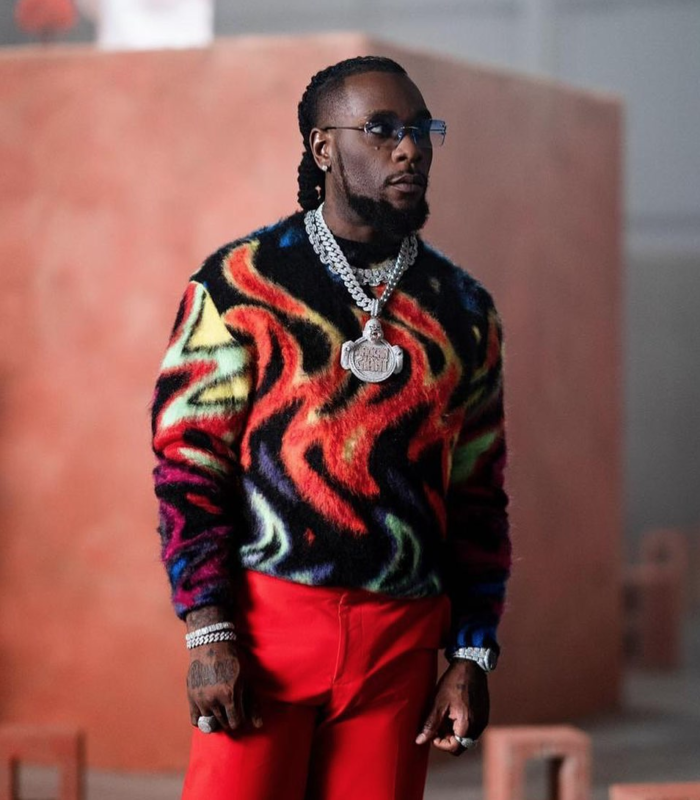 Following his win at the 63rd Grammy Awards, the African giant has finally addressed those who prayed for him not to win a grammy.

Burna boy took to one of the popular microblogging sites to express his thoughts and also laugh at those who prayed for his downfall. He wrote:

“GOD is most definitely NOT A MAN. I will never forget how so many of you prayed that I don’t win. Too dumb to understand that you also win if I win. No worry This is just the beginning. God is Great.”

He also appreciated those who stood by him and helped him recover after he lost his first grammy nomination to Angelique Kidjo in 2020.

“God bless everyone/ anyone who has stood with me! Let’s keep making history!”

Recall in 2020, when Burna Boy lost didn’t win the Grammy nomination, fans on Twitter dragged him mercilessly and some were actually happy that he didn’t win. Their reasons were Burna Boy would have bragged about his win and always rub it on other artists’ faces. However, Burna Boy eventually Won the Best Global Music Album award at the 63Rd Grammy Awards ceremony and he is fully prepared for haters not to forget in a hurry.

Burna Boy Nominated Alongside The Weekend At...

Here Are The Producers Of The Grammy...