Wizkid’s 3rd Babymama and manager, Jada Pollock shared a cryptic post on social media- just hours after Wizkid opened up about wanting to find a wife on his tour.

This morning, Wizkid announced via his Twitter account that he is a ‘single dad who is ready to mingle’. He also revealed that he is hoping to ‘catch a wife’ on his tour.

Wizkid’s post is hitting the internet days after Jada Pollock claimed him as ‘her man’ on Twitter.

Her post read: “Keep in your Zone. Not everything you think is real is real”. 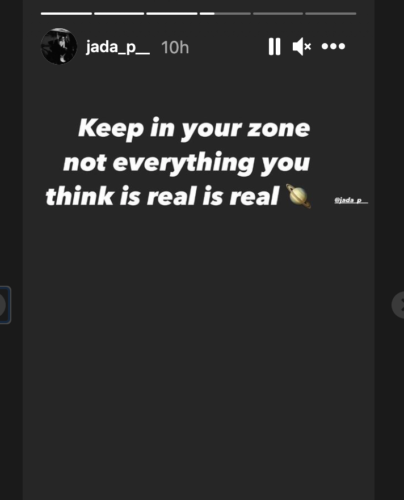