Ever since his official split with his ex-wife, Kim Kardashian, Kanye West has been keeping a low profile.

Over the last couple of months, the rapper has only appeared on very rare occasions, and his most notable appearances as of late were his surprise visit to DJ Khaled’s house days prior to the release of “Khaled Khaled” and his performance at DMX’s funeral.

At the moment, it appears that the rapper is trying to be more discrete, and according to recent reports by TMZ, Kanye was spotted out in Los Angeles wearing a face mask that has semblance with a bag more than a traditional balaclava.

Ever since the pandemic, Covid-19 became a global phenomenon, celebrities all over the world have made a conscious effort to be stylish with the use of face masks as a mandatory precautionary measure. However, some have gone a bit overboard, as they tend to look hideous sometimes.

Kanye West, who usually loves to set trends, has decided to take it up a notch. 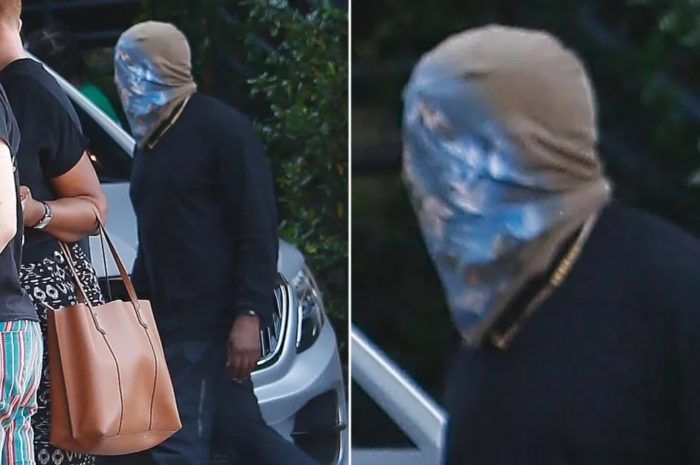 With no visible holes for his eyes, nose, or mouth, the now-famous mask resembles the elaborate face coverings that he wore throughout his 2013 Yeezus Tour. Although Kanye looked sort of strange in the said, mask, he seems to be experimenting on a new fashion trend.

Kanye West hit the streets of LA in a balaclava mask covering his entire face. pic.twitter.com/gBTz6QGwhk

You would recall that back in March, Yeezy reportedly cut his ex-wife Kim Kardashian off and is making her go through his security as he has changed his phone numbers, so it’s more difficult to reach him.

“Even before Kim filed for divorce, Kanye changed his numbers and said, ‘You can contact me through my security,” a source told the outlet.

The source continued, “Despite this, she trusts him around the kids. He loves them and is seeing a lot of them.