One Donald Dillingham has claimed he hasn’t heard from his 16-year-old star athlete son, Robert Dillingham in 21 days after the teen left N.C. for Donda Academy.

Kanye’s post-Donda phase includes dealing with his divorce from Kim Kardashian, but he has reportedly been busy squaring away the details of his new kindergarten through the 12th-grade academy.

According to Hollywood Unlocked, the school has already secured admission from teens like Zion Cruz, Jakhi Howard, and Jalen Hooks, and they also have their eye on Robert Dillingham, a 16-year-old star athlete at Combine Academy in North Carolina. Last month, the school’s basketball coach revealed that Robert would not be returning.

They said, Donald said after not hearing from his son, he eventually found out about his apparent move with Kanye on TV! It was also brought to his attention that Kanye had previously contacted the boy directly and [allegedly] pressured him to come to his academy. Kanye reportedly FaceTimed Robert and asked “are you coming here or are you going to let it go?” referring to the opportunity.
Listen to the phone call Donald had with Donda Academy below: 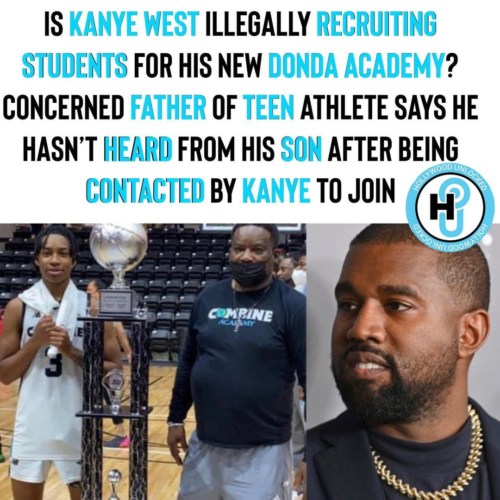