Big Wiz has incurred the wrath of Ustaz AlBaarizy of Ilorin…

The Muslim cleric aggressively Slammed Wizkid concerning a statement he made on Snapchat a few days ago. On Wizkid’s Snap, he boldly revealed that he is doesn’t believe in religion and anyone coming to preach it to him should better stay away from him. 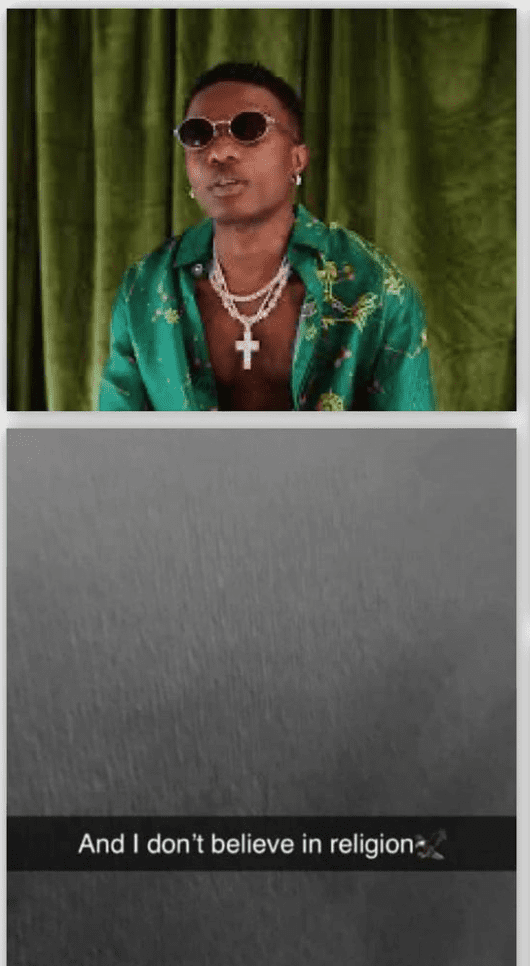 One of the Alfa students is obviously following Wizkid for him to be updated on what Wizkid posted on Snapchat. Alfa AlBaarizy then decided to use Wizkid as a case study in his teachings today as wel as slam him for the statement.

He confessed that Wizkid offended him by saying he doesn’t believe in Religion. The Ustaz said Wizkid should decide if he wants to be a Christian or Muslim, but disregarding religion isn’t one of his options.According to the religious teacher, Money (Wealth) has changed Wizkid’s thinking and wisdom. He then advises Nigerians not to follow these celebrities word as it would only make many perish.

Watch the video below and Listen;