Ace music director, Buari Olalekan Oluwasegun, widely known as Unlimited LA has taken to his Insta-story to plead with the people of Enugu state.

According to him, this set of people do not care to find out what part of the country you are first before they start to speak their native language – Igbo to you.

After being a victim of such circumstance, the director has, however, resorted to pleading with them to tone it down a notch.

His post reads, Dear Enugu people. stop speaking Igbo to everybody u see!!! This Nigga be having a whole convo with me in igbo… Nigga I’m a Yoruba boy 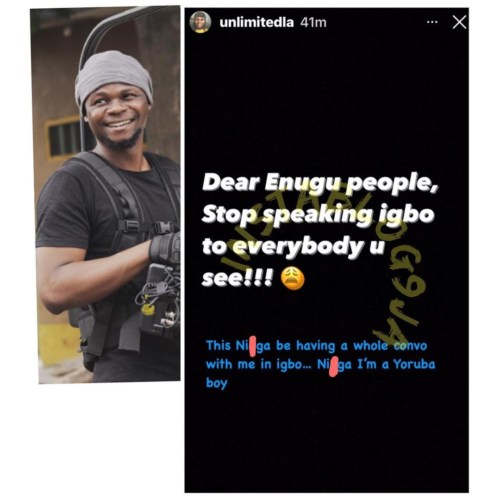