Twitter fans are definitely not smiling with the Majesty Singer, Peruzzi Vibes.

They slammed the singer-songwriter after he tweeted about his second studio album, Rum and Boogie and how much joy it’s going to bring to his fans. As a concerned superstar, he advised his fans to clean their ears and patiently wait for the album.

As expected, Fans on the popular microblogging site didn’t stay quiet. They accused him of overhyping an album he has refused to drop since last year. In their tweets, they compared him to the likes of Davido, Wizkid, Headies Biggest Winner, Fireboy who they claimed didn’t hype their albums the way Perruzi is hyping his.

Here are some tweets. 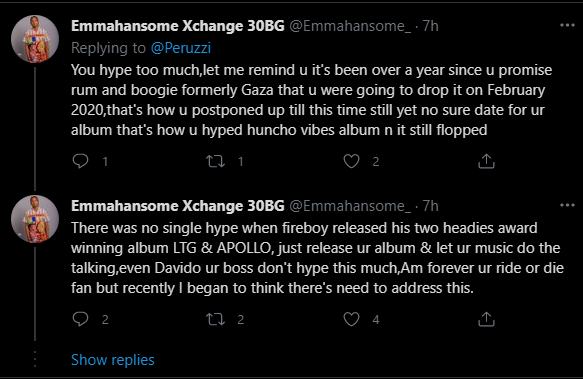 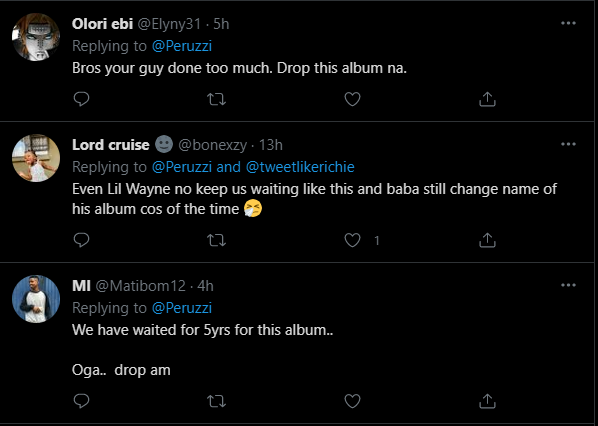 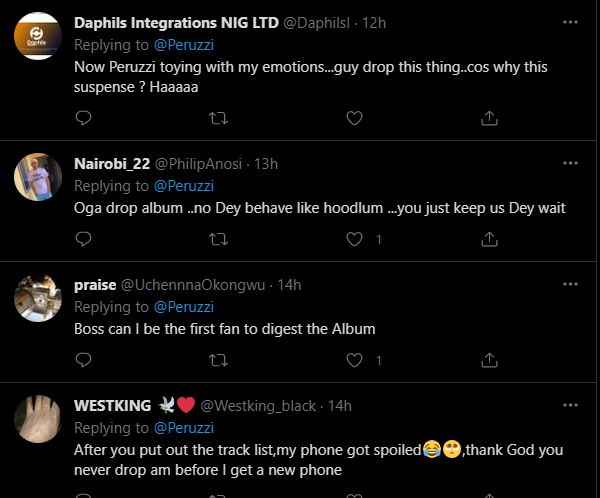 Recall Peruzzi announced he would be dropping his Second Studio Album, Rum and Boogie in 2020.  Due to reasons best known to the artist, he failed to deliver and later promised his fans to release the album in February 2021. This is March and Fans are getting impatient and angry that Peruzzi is aggressively hyping the album instead of actually releasing the album.  Rum and Boogie is a follow up to his first studio album, Heartwork and it’s a 15 track project which features the likes of Davido, Wande Coal, Fireboy, Teni, Patoraking, Phyno, Tiwa Savage, Dremo, and Idowest.