Yesterday, the music producer took to his Twitter account to shower praises on Wizkid and his performances at his ongoing Made In Lagos US Tour.

His tweet would have been overlooked if his praises were harmless, but Samklef decided to throw in some Jabs for Davido and ‘other artists’.

Samklef in his tweet, asked Wizkid’s competition how they are feeling following Wizkid’s sold out shows and achievements.

He opined that they should never have started a competition with Wizkid when they obviously cannot keep up with him. He advised these competitions to beg Wizkid to give them pointers on how they can finally succeed in their careers. 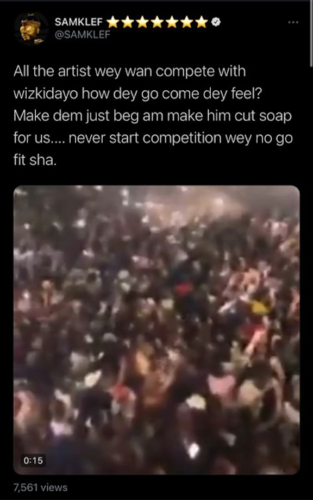 Twitterati wasted no time in dragging Samklef through filth. They questioned him on why he hasn’t succeeded or made it in life after producing a song for Big Wiz.

Read some of the comments below, 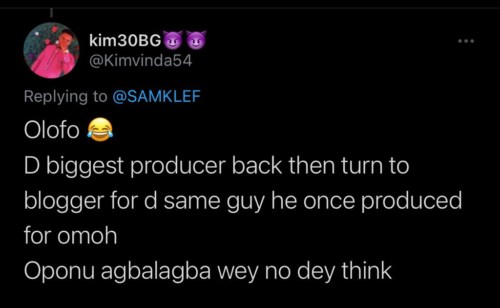 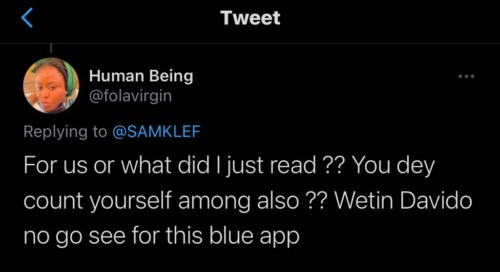 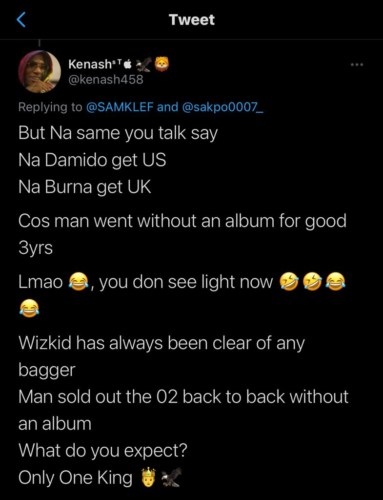 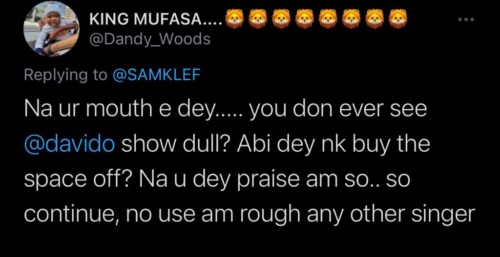 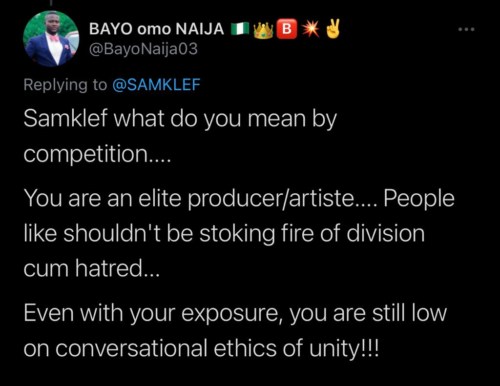 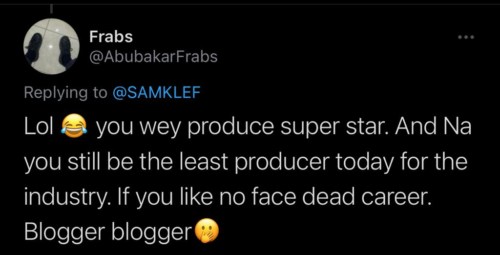