Ghanaian artiste, Shatta Wale is reportedly in critical condition after he was shot by unknown Gunmen.

The tragic incident was announced by Shatta Wale’s P.A, Nana Dope on Snapchat. She disclosed that Shatta Wale is still in critical condition and the gunmen are still on the run.

As soon as the news hit the internet, Shatta Wale fans averred that the incident is connected to the Prophesy he received days before he was shot. Anti fans are of the opinion that Shatta Wale is healthy and the shooting incident is a stunt he and his team pulled for traffic.

See the posts below; 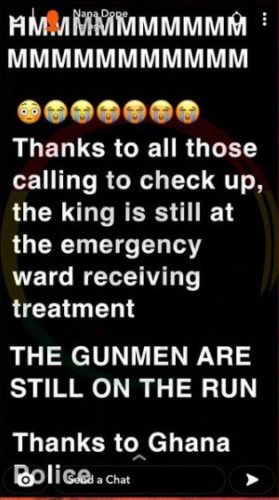 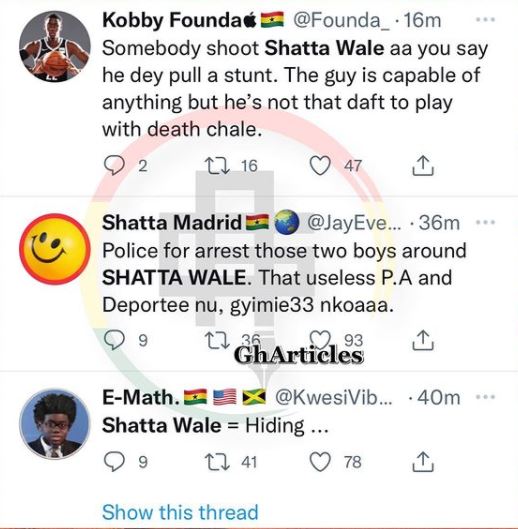 Shatta Wale Arrested After He Was Shot...