Grammy winner, Burna boy is being dragged by an angry show promoter on Instagram.

The show promoter who has been identified as Goldmoola took to the app to call out Burna boy and his momager, Bose Ogulu. According to Goldmoola, Burna and his mother tried to extort him of  $10,000 (N5.7 million).

Burnaboy was paid to perform at a night show in Houston, Texas on the 3oth of October 2021. He reposted the flyer on his IG page confirming his attendance. However, Goldmoola said after he paid Burna boy the agreed amount, his mother asked for an additional $10,000 before Burna boy comes downstairs.  When he refused to pay the money, Burna boy announced on IG that he won’t be attending the show.

Goldmoola claims he lost $28,000 (#28.5 million) and his name was left to be slandered in the city he loves because of Burna boy’s actions. He is calling them out because they refused to refund the $15,000 that was paid as a deposit for the show. 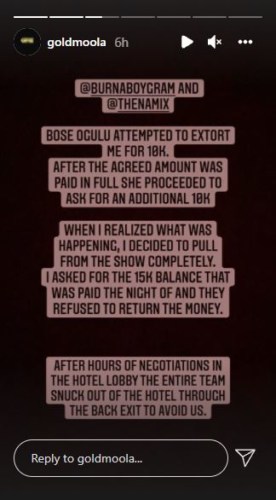 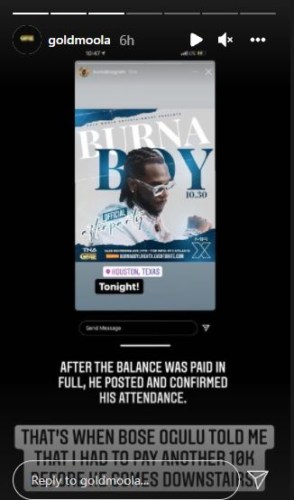 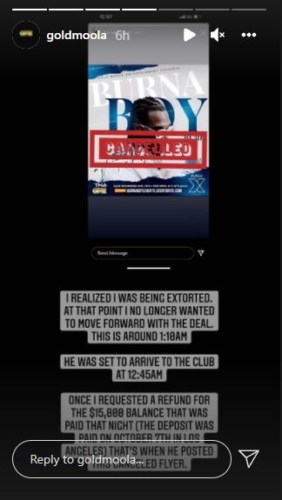 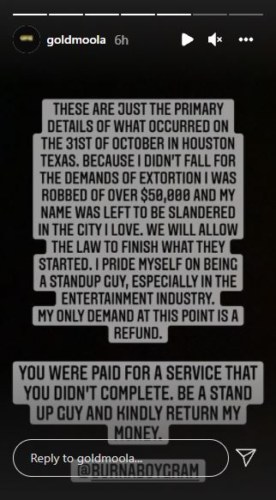 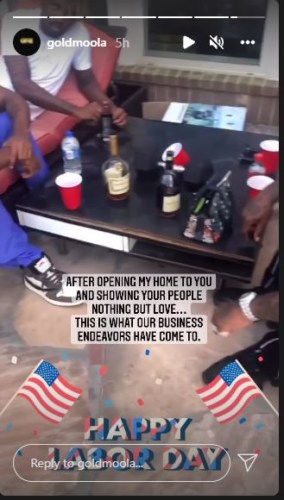