On the 22nd of Sept, Davido’s hype man, Spesh shared a screenshot of his conversation with his mother.

As seen in the screenshot, the talent manager informed his mother that he has found a solution to his weight problem. Spesh revealed to her his plans of smoking crack- weed– to help him lose weight.

He made it clear that wants her permission before he proceed with his weed treatment. His mother’s response was two words, “f*ck off”.

Spesh tried explaining to his mother that his decision is for the good of everyone, but she wasn’t having it. He finally managed to convince her that if his smoking gets out of hand, she is free to send to a drug rehab center.

See the screenshot below, 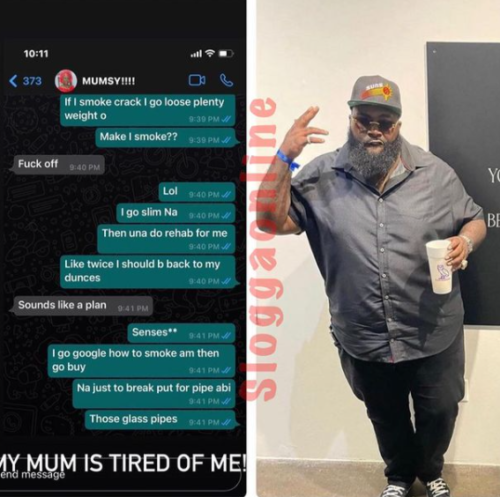