On the 8th of October,  Tiwa Savage revealed in an interview that she is being blackmailed for a sex tape. According to her, she has no idea how the tape was leaked, but the blackmailer sent it to her team demanding money.

As soon as the news surfaced online, Many dragged Tiwa for making a sex tape and being careless about it.

He warned  Nigerians not to drag or judge Tiwa Savage because of the sex tape mess. According to him, Tiwa Savage is a great mother to his son, Jamil and he is really happy about that.

He also issued a stern warning to Nigerians to cease sending him messages on some bullsh*t. According to him,  parents make mistakes too, and it doesn’t change the fact that they are good people. 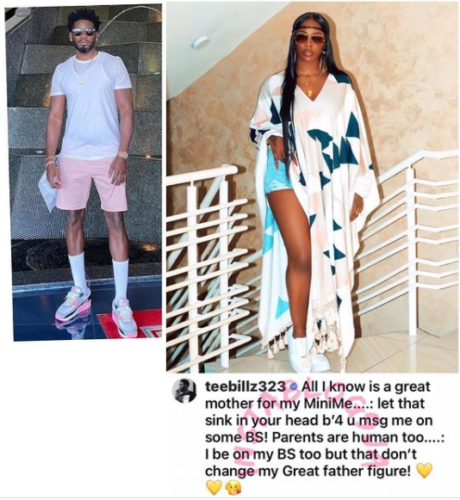