Grammy award winning artist, Wizkid has announced that he is working on a new album.

The official Instagram announcement comes hours after he announced additional dates for his MIL tour at the O2 Arena, London.

In his post, Wizkid revealed that he has started working on his new album and he is 50% done. The ‘no stress’ singer also asked his loyal fans to wish him luck as he completes the project. 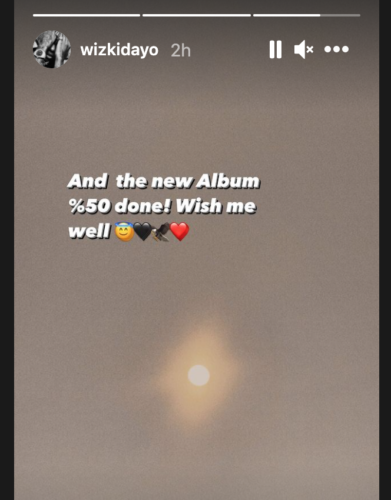 Wizkid didn’t reveal the title of the album, tracks or artistes he wants to feature. He also didn’t say when he will be dropping the album, but we are certain it will be next year #2022.

Wizkid Runs Back To Producer, Northboi For...